At the Montreal Bidodome (Biodôme de Montréal), visitor can enjoy a walk through replicas of four different ecosystems found in the Americas. 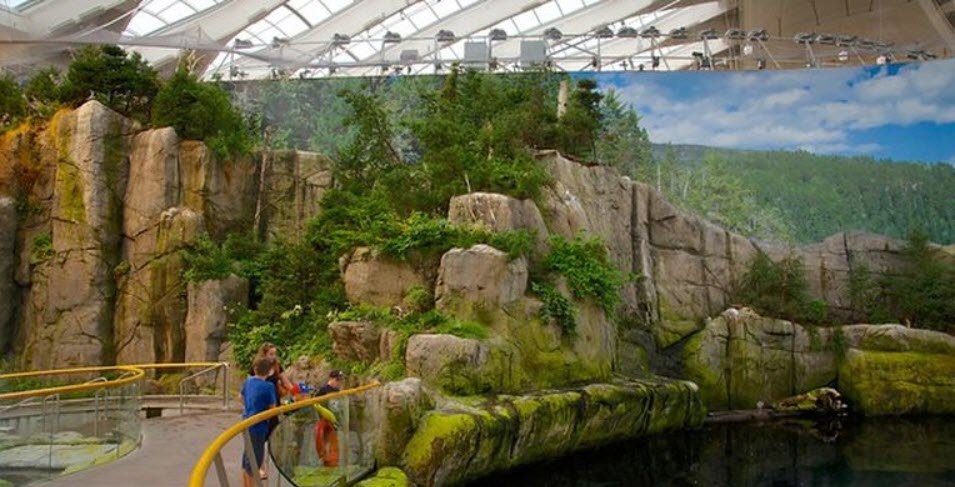 IMPORTANT: THE BIODOME IS CLOSED FOR MAJOR RENEVATIONS UNTIL THE END OF SUMMER 2019.

The Montreal Biodome is found at Olympic Park in the borough Mercier-Hochelaga-Maisonneuve in Montreal, Quebec. All the exhibits are housed inside the former velodrome that were used for track cycling and judo competitions during the 1976 Summer Olympics.

The closest Montreal Metro station is the Viau Station in Mercier-Hochelaga-Maisonneuve.

It serves the Green Line.

The combined velodrome and judo facility building was designed by Roger Taillibert for the 1976 Summer Olympics.

In 1989, work started on turning the building into The Montreal Biodome.

The Montreal Biodome opened to the public in 1992.

In 2003, an audio guide system was installed with guiding available in French, English and Spanish for adults, and French and English for children.

The Montreal Biodome is one of a group of facilities that together form Canada’s largest natural science museum complex.

The whole museum district is known as Space for Life